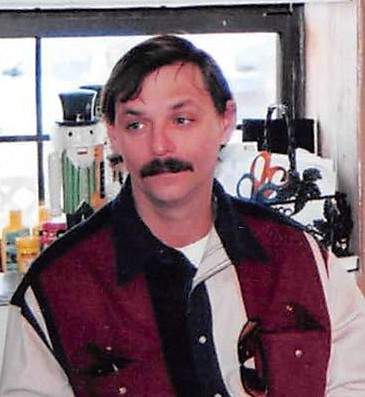 William “Bill” Curtis Snyder, 58, of Chouteau, passed from this life on Tuesday, August 24, 2021 in Tahlequah, Oklahoma. He was born on October 26, 1962, in Jacksonville, Illinois; the son of Arthur Wayne Snyder and Ila Fay Snyder (Harris). Bill was a 1981 graduate of Chouteau High School.  He married Gina Boone in May 1981 and they had a daughter, Lillian, in June 1982.  Bill was an avid fisherman and skilled woodsman.  He owned and operated S&L Tree Serice until he was hospitalized.  Bill was a good friend and always willing to help.  His pockets were always full of candy for kids, and he cared about the elderly. He leaves this earth too soon and will be so dearly missed.

Graveside services for Bill will be held at 10:30 a.m., Tuesday, August 31, 2021, at Chandlerville Cemetery in Chandlerville, Illinois. Visitation will be held from 1:00 p.m. to 3:00 p.m., Sunday, August 29, 2021, at Shipman’s Funeral Home. To leave his family a message, please visit his Tribute Wall at www.shipmansfuneralhome.com. Arrangements are under the direction of Shipman’s Funeral & Cremation Service.

Bill is survived by his mother, Ila Fay Snyder (Harris) of Ava, Missouri; daughter, Lillian Tucker and her husband, Patrick of Pryor; brother, Ricky Snyder and wife Penny of Petersburg, ; sisters, Sharla Brown and husband Roy of Chandlerville, Illinois, and Anglia Thomas and husband Ron of Chandlerville, Illinois, and Andrea Kirk and husband Mike of Locust Grove, Oklahoma; mother of his daughter Gina Marie Boone Snyder, of Pryor, Oklahoma; and his "unadopted grandchildren" Hayden, Christopher, and Simeon Rotenberry, who held a special place in his heart; and many other relatives and friends. He is preceded in death by his father, Arthur Wayne Snyder; and brothers, Wendell Ray and Paul Wayne Snyder.

To order memorial trees or send flowers to the family in memory of William "Bill" Snyder, please visit our flower store.