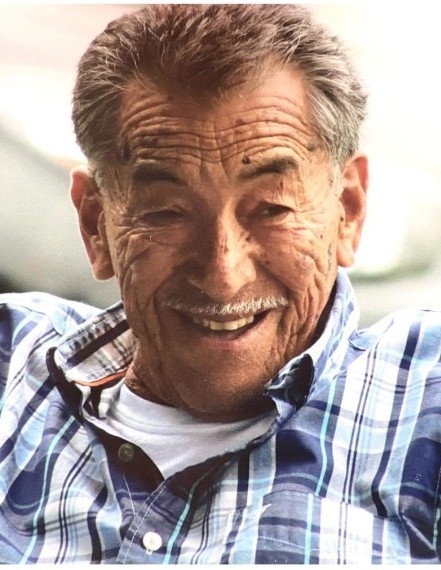 **Masks will be required for the Service and Visitation**

William “Junior” Soldier, 75, of Salina, passed away on Tuesday, December 29, 2020 in Tulsa, Oklahoma. He was born on September 7, 1945 in Claremore, Oklahoma; the son of Bill and Sallie (Tanner) Soldier. Junior attended Salina Public Schools and then went on to Rogers State University and earned an Associate of Arts Degree. During his younger years, he played independent basketball and softball and loved to pitch horseshoes. He worked various jobs throughout his lifetime as a truck driver for Heston Corp, truck driver for Harrison Boat Company, Satellite Installer, Hay hauler for Bo West, and retired from Centrilift for 16 years as a receiver. Later in life, Junior loved to listen to gospel music, go to singings, and work in his yard. He also volunteered at Grass Cemetery and help to maintain the grounds. He was a man of Faith and leaves behind many memories for his family to cherish.

Funeral services will be held at 2:00 p.m., Tuesday, January 5, 2021 in the Salina First Baptist Church in Salina. Burial will follow in the Grass Cemetery with Cooper Lyman, Bennie Henson, Thomas Kingfisher, Buddy Ross, Matt Backwater, and Rance Kingfisher serving as casket bearers. Honorary casket bearers will be Brian Long, Raymond Chuckluck, Jerry Williams, Richard “Digit” Kingfisher and Dino Kingfisher. Visitation will be held from 6:00 p.m. until 8:00 p.m., Monday, January 4, 2021 in the Shipman’s Funeral Home chapel. To leave his family a message, please visit his Tribute Wall at www.shipmansfuneralhome.com. Arrangements are under the direction of Shipman’s Funeral & Cremation Service.

To order memorial trees or send flowers to the family in memory of William "Junior" Soldier, please visit our flower store.