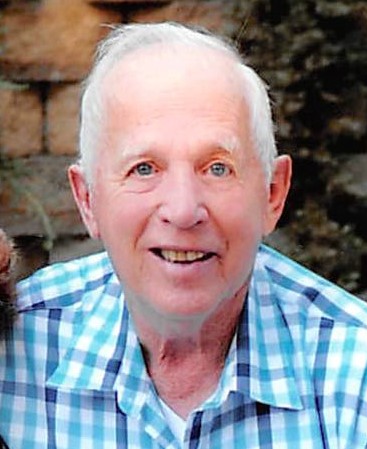 William Lester “Bill” Kemp, 85, of Pryor, passed away on Tuesday, April 27, 2021 in Tulsa, Oklahoma. He was born on June 12, 1935 in Conesville, Iowa; the son of William Lester Kemp, Sr. and Blanche (English) Kemp. Bill moved often throughout his childhood, in one year he had attended 8 different schools. In Junior High, he attended Allice Robertson in Muskogee, where he was a standout Track and Football Star. He graduated from Will Rogers High School in Tulsa with the Class of 1954. Bill then went on to attend college at Oklahoma A&M, where he also was a member of the track team. In his early years, he worked in the Tulsa area digging footings, roofing, and building houses for several years. Bill married the love of his life, Alline, on March 16, 1957 and they have celebrated 64 years of marriage. Bill and Alline moved to Pryor and founded Pryor Stone with his father, William Kemp, in 1967, and then later founded Muskogee Sand with his son, James & Fred Cannady. Bill and James then founded Kemp Stone and Benton County Stone. He was very active in his community and was a founding member of MESTA in the Pryor area. Bill was active in Church at First Church of God in Pryor and served on the Church Council for many years. He was also a member of the building committee and was heavily involved in the expansion of the building and vision to build a new church that is currently under construction east of Pryor. He was the type of man who knew everyone and never met a stranger. He enjoyed striking up a conversation with anyone he came in contact with. Bill looked forward to his daily drive and lunch with his dear friend, Fred Cannady, and especially looked forward to his annual Canada fishing trip. Bill loved trout and salmon fishing. He loved going to all types of auctions, collecting watches, cars, antiques and rocks. Above all, Bill was a man of Faith and loved his family. He leaves behind a wonderful legacy for his family to cherish.

Funeral Services will be held at 2:00 p.m., Monday, May 3, 2021 at the First Church of God in Pryor with Reverend Andrew Rehbein officiating. Burial will follow in the Fairview Cemetery with Ken Webster, Matthew Webster, Kyle Kemp, Kelvin Grubbs, Tim VanDuser, Josh Johnston, Blake Brown, and Dane Palmer serving as Casket Bearers. Honorary Casket Bearers will be Fred Cannady, Rodney Hudson, Ernest Young, Larry Rice, Jack Vail and Dan Bailey. Visitation will be held from 3:00 p.m., until 5:00 p.m., Sunday, May 2, 2021 at Shipman’s Funeral Home. In lieu of flowers, the family asks that donations be made to the First Church of God building fund at P.O. Box 1091 Pryor, Oklahoma 74362 or to the American Alzheimer’s Association at https://act.alz.org/donate. To leave his family a message, please visit his Tribute Wall at www.shipmansfuneralhome.com. Arrangements are under the direction of Shipman’s Funeral & Cremation Service.

To order memorial trees or send flowers to the family in memory of William Lester "Bill" Kemp, please visit our flower store.