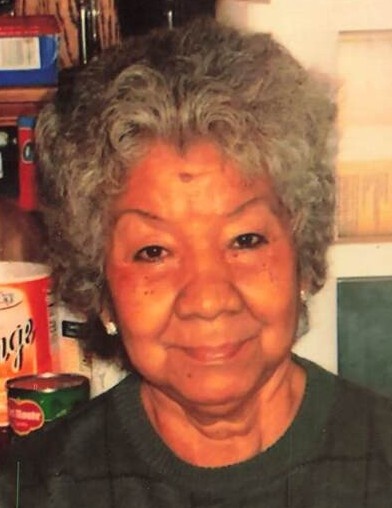 Wilma (Blossom) Kingfisher, 79, went to be with the Lord on Friday, February 5, 2021. Wilma was born on June 2, 1941, and had a twin sister, named Thelma Kingfisher. She was born in Claremore, Oklahoma, the daughter of Sam and Jennie (Christie) Blossom. She was married to Johnny Kingfisher; Sr. and they had been together for 42 years. She was a long-standing member at Standing Rock Baptist Church. Wilma loved to sew, and attended Haskell Institute, where she enrolled in Costume Shop. It was there, where she learned to sew. She made clothing for her mom and dad, husband, children, and friends. She was a stay-at-home mom most of her life. She was their biggest fan, rooting for them at the sidelines. Wilma loved traveling and would often get in the car to go sightseeing and loved going to North Carolina to visit friends. Wilma enjoyed cooking at the creek. She liked being at her kids volleyball tournaments and watching them play. She loved to attend any events that her children and grandchildren were involved in at the time, from little league to High School Basketball, she would try to be there and enjoyed watching them.

To order memorial trees or send flowers to the family in memory of Wilma Kingfisher, please visit our flower store.